Part of ACK Roasters “limited roast series”, you now have the opportunity to try beans less widely available that produce unique coffees and have flavor characteristics we think you’ll love. These are truly small batch roasts and when they’re gone, they’re gone!

If you enjoy complex and full flavored Indonesian coffees, the Java Taman Dadar is worth a try.
Medium-dark roasted, these beans produce a great full body coffee with a medium sweetness and low acidity. It’s flavor is bold enough to hold up to some cream and sugar (if you go that route) and smooth enough for those that drink it black.

Low acidity, moderately sweet with a nice complex balance of flavors of cherry and dark chocolate.

Though large government-run plantations are common, this lot is produced by smallholder farmers who also produce other crops for income diversity. This coffee is sourced from family-owned farms in Java, Indonesia, particularly around the Kayumas and Curah Tatal villages. Taman Dadar, meaning “flower garden,” aptly describes the farming method is used by these smallholder farms. More environmentally friendly, the coffee beans are inter-cropped with avocados, Erythrina, Albizia, and Leucaena trees, which produce food for local consumption and shade.

Coffee was first cultivated in Java in the 17th century, but a massive rust outbreak in the late 19th century wiped out a considerable part of the coffee crops. Cultivation began again at higher elevations, where rich volcanic soil and high elevation provides excellent growing conditions for specialty coffee.

There are no reviews yet.

Rated 5.00 out of 5
Scituate Harbor Fog Lifter ™
When either the harbor (or your day) is a bit
clouded this medium/dark roast Honduran and
Costa Rican blend produces a delicious,
well rounded, flavorful coffee with average acidity
and moderate sweetness
From $11.86  per bag
$13.95
Select options 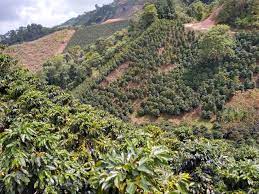 Tolima San Sebastian
This medium-dark roast bean produces
a full body flavorful coffee that has an
above average sweetness and low acidity
From $12.71  per bag
$14.95
Select options 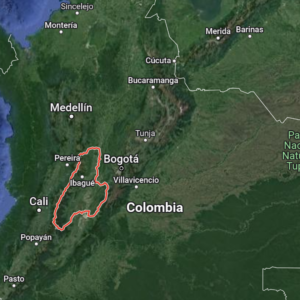